A relatively small, but very knowledgable, crowd saw some great Squash and Racketball finals last night. The bar did a brisk buisness and the nibbles and finger buffet were much appreciated by those who came along to watch.
The prizes and trophies were awarded by the Squash Committee Chairman, Andy Gilks.
Many thanks to Lyn Stockham, Janet Biles and Keith Loader who organised the tournament and did a lot of chasing to ensure that matches were played on time. 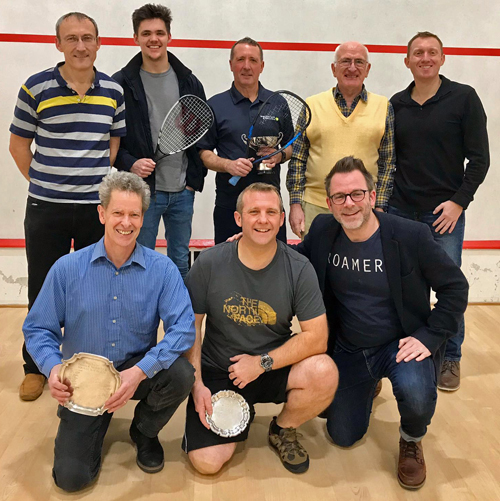 The Squash and Racketball Championship finals were held at the club on 17th May 2019. A great evening enjoyed by all who were there playing or spectating. Many thanks to Jonathan Baker and Lyn Stockham for organising the competitions which, given the low number of entrants, was not an easy job this year. The Squash & Racketball committee will be looking at ways to improve the competitions next year and hopefully have a much larger number of players in the tournament. Got any ideas about how to do this, then please talk to a member of the committee.

This years finalists and winners were .......

The "Stiffs" Racketball Doubles tournament has become a Christmas tradition at DTSC and this years competition added to that history. 16 invited players ranked 1-16, with No. 1 being paired with No. 16, No. 2 with No. 15 and so on. Split into two groups of 4 the teams play a round robin of matches of 1 game to 21pts. The team in each group with the most points play the final and the team with the least points in each group play off for the losers trophy "the Stiffy", the losers of the final winning the trophy.

This years finalists were Dave Whittingham & John Christmas against Callum Watts & Paul Breakwell. Dave & John's solid play and tactic of keeping the ball away from Callum eventually paid dividends and they won the final 21-15.

In the losers final Keith Loader (current holder of the trophy) & Giles Watts (a late replacement for an injured Colin England) played Simon Watts & Alan Membury. The match was faily even until around 12-12 when Simon & Alan pulled away and, despite Keith's desperate efforts, eventually won 21-14. So once again Keith gets the stiffs trophy for his mantlepiece for 6 months before handing it on to Giles.

Many Thanks from all those who took part to Any Notley for organising the tournament. 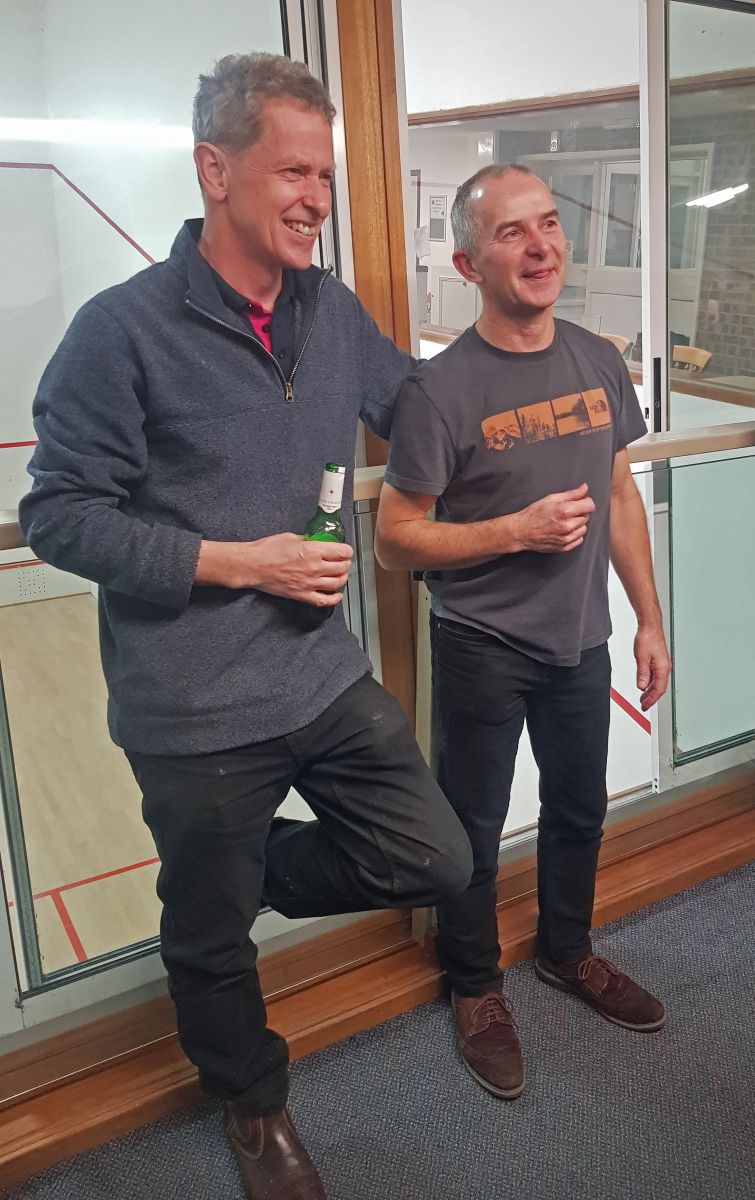 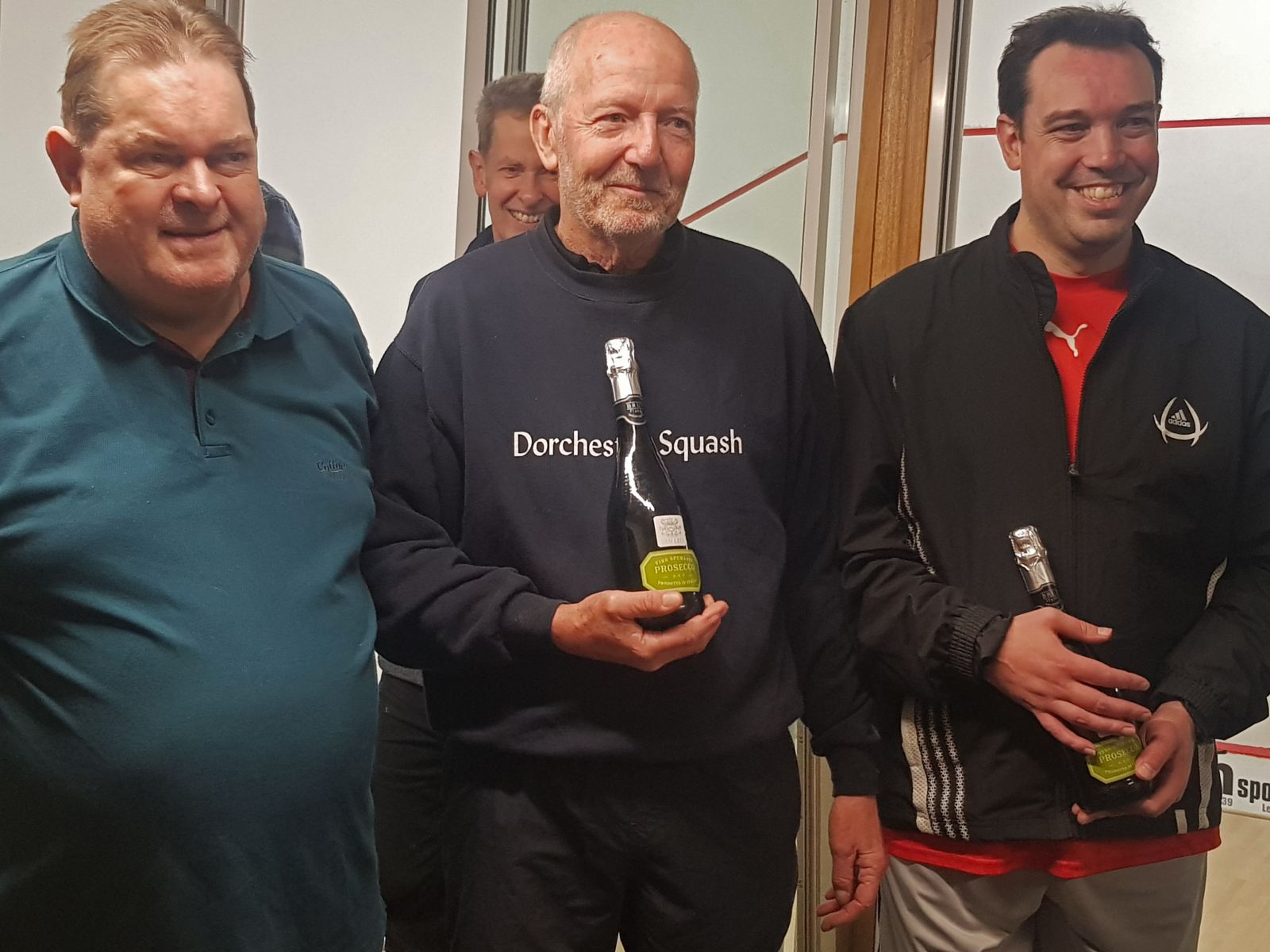 For those of a sensitive nature I haven't posted pictures of Keith & Giles with the trophy, if you want to see those pics go onto the clubs Facebook page.

For older reports, results and photos of tournaments please click here for the Archive page

Due to the latest National Lockdown, the Club is closed with immediate effect....